Grand Final week is like giving birth
in the sense that there is a certain amnesia
that takes over ﻿once the dust has settled and life is tracking along.

Then you arrive in the host city
and within ten minutes
the franticness of the five days looms ahead of you.

It's a good looming but even so it's daunting. 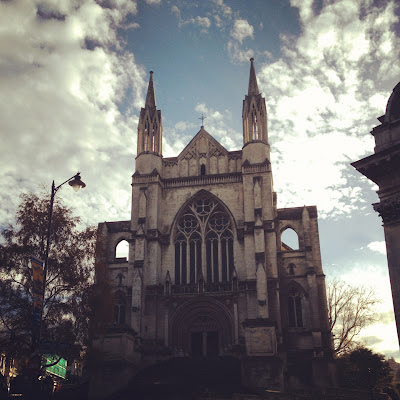 This morning I flew down from Palmerston North
with our Chairman Spud.
We arrived, dropped off and then
I headed out to Invermay AgResearch
to help (watch) Moffdog, Dunky Monkey and Henry
set up the National Fencing Final. 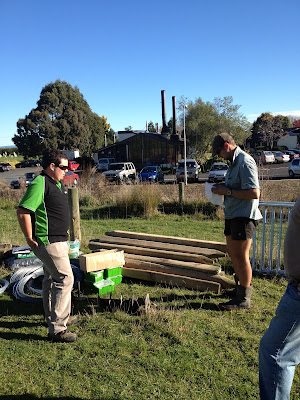 It's all just a pile of sticks here
but tomorrow
I'll show you the National Final in action
as they fence their way up a pretty steep hill.
Really quite steep in fact.
Enough that as I walked back to my ute
I felt sea sick for the wonky horizon.
Though I do have a dose of the flu
so it may have been a fever spike.
More drugs I say. 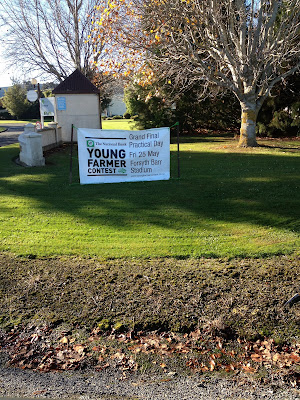 It's all on in Dunedin
over the next couple of days.
If you are around come down to the Forsyth Barr Stadium
on Friday and for free watch our seven Contestants
battle it out doing ag modules for four hours,
two 30 minute head to head task races
and then the gruelling AgriSports.

In the meantime watch
Katherine Tucker
our third female Grand Finalist in 44 years
on Close Up here
fast forward to 18 minutes and she's all yours.


If only it were all about me

Sara interrupted
Hamilton, New Zealand
I downsized my life a couple of years ago, moving from the urban north to the rural south and now Im back in the urban north. It turns out downsizing can get too small, so I got married and now life a steep learning curve. I'm still saying yes to as much as my schedule will allow. It gets a bit crazy sometimes but life is about the journey and I like it interesting. I work for OSPRI New Zealand working hard to eradicate Bovine Tb. I measure time in pages of books and visits with the people in my life. I love living in New Zealand - it's fresh!

You gotta love it, it's good!

I am interrupted by the changes and flavours of life. I don’t choose my oath and follow my instinct and see silver linings.
My mojo abandoned me for awhile but it’s slowly returning, and it’s feeling fine.
If there is a belief greater than love, then I don’t want any part of that belief.

Be kind, for everyone you meet is fighting a hard battle - Plato et al

"I am an average person with below-average capabilities. I have not the shadow of a doubt that any man or woman can achieve what I have if he or she would put forth the same effort and cultivate the same hope and faith." Ghandi. Slightly better than average results.

"The greatest danger for most of us is not that our aim is too high and we miss it, but that it is too low and we reach it." Michelangelo but translated cause although he was smart but he probably didn't speak modern English - like so many people these days.

"We have all experienced times when our focus is on what we lack rather than on our blessings. Said, the Greek philosopher Epictetus, ‘He is a wise man who does not grieve for the things which he has not, but rejoices for those which he has'." Pres. Thomas S. Monson

"I disapprove of what you say, but I will defend to the death your right to say it." Evelyn Beatrice Hall I will, I'll hate doing it but I will.

in the ether there a million Mormon sites...