Debating, I am,
Debating, if,
And if, then when?
When seems more of the question than if.
We’ll see. 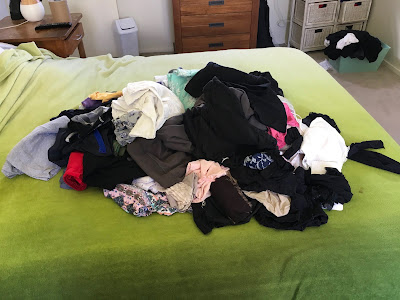 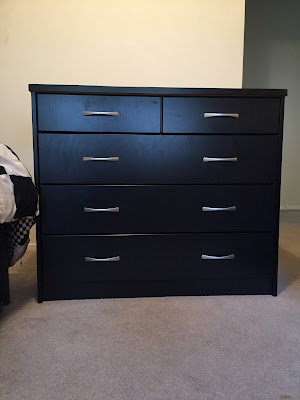 If I am shedding things,
Do I want to add something in?
Is that thing going to add or burden?
Me and/or others.
Do I care? 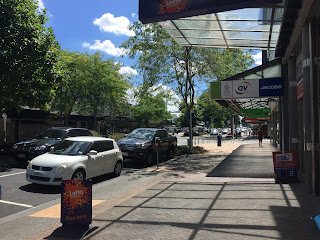 I became a mother.

A surprise for a number of reasons.....
Two years ago my homeboy husband and I
were asked by a family member to have her son.

Said son finally arrived and has now been here for just over a week.
If I filled you in on the recent back story you wouldn't believe it.
Then again if you know me well,
you would.
(Im not sure why strange and dramatic circumstances
seem to happen to me and those I know).

So now I am a mother to a 14 year old, 6 foot lad
who has all sorts of crazy ideas and energy.
Seriously crazy ideas.

I need to figure this living with a teenage boy thing
so I can survive this
and relax a bit.

Do you remember that?
It's from the Muppets back in the 70s. 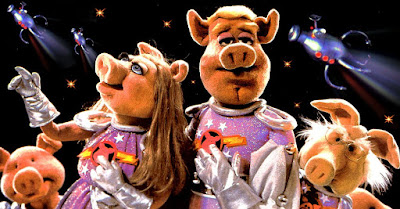 I loved the Muppets,
but Pigs in Space was a weird but
it's title sticks in my head.
Funny that.

Boy Mags hates the Muppets.
Actually she seemed to hate anything that attempted humour.
I wonder why that was?

Anyway, being redundant is getting tiresome.
Well it is and it isn't.

I decided to give myself until the end of February
before I started applying for jobs.
So I've done that and even got any 'extra' day in the form of leap day.
Though I did apply for a job yesterday that is a good fit for me
but is back in Canterbury.
Which would be fine if the earthquakes had stopped stopped.
It kind of raises the stakes in the desirability of moving back to Canty.
It's not an unpopular choice in the famdamly
but living is not cheap there.

However, living is cheap in Southland.
Yes, I said Southland.
Southland.
Southland.
It's not really a place anyone thinks about
When I saw a cool community development role there, I
took a look at housing opportunities
- renting and buying -
and soon enough found myself looking at houses in Otago.
Southland is not a big place,
at all.

Like it's a bonus that it's a couple of hours drive to Queenstown,
or to Dunedin and you could always go visit Stewart Island.
Not that I've had any desire to do so,
simply because getting across Foveaux Strait sounds horrific,
traumatic and scary, really scary.

There are a few jobs in Hamilton and
I'm applying like for many of them to see what happens.

Maybe we'll stay here,
maybe we will be elsewhere.
Maybe I should just apply for jobs where we want to live.
Hmmm.....

I am being made redundant.


How weird is that?
What is super weird is that while this is a new experience for me,
I know of three people in a reasonably close vicinity of me
who are on their fourth redundancy.
And they are so resilient!

Restructuring was and is welcome news.
There have been some serious personality issues within my organisation.
Though restructuring is hardly going to fix those as
some of the dysfunctional personalities
are 'safe' as in unaffected and
their job hasn't changed but neither will their actions or words.

What was needed before restructuring was culture change
but I suspect that is too nebulous.
Though I am sure they will attempt it.
I mean isn't that part of the formula?

The news of restructuring came four weeks ago.
We were divided into affected and unaffected groups.
The latter being the smallest.
I was in the affected group as were all but three of my office workmates.
We were told our jobs were disestablished but some of us,
including me were ring fenced for similar jobs we are currently in.
That just means we get first option on a job except that
there are more than one of us in the ring.

And so the strangeness began.
We have the most affected office,
oh wait then not as affected.
Once the restructuring was presented,
there was the staff feedback period of two whole weeks.
Two extra long weeks!

Then what do you know,
the powers that be realised that they actually needed some of us
through until the end of 2016.
The work has been planned and contracted out
so you can't just get rid of the managers of the contracts.
Now we see resentment growing.
Why should we get a shock and then comply?
What happened to all the words about flexibility and transparency?
Or for that matter choices and control for the peoples?
What about getting cake and eating it too?

By this stage we had two confirmed bails,
and two going to happen but not showing our cards just yet.
Then a surprise outside chance of a shock departure from one we thought would not.

I exercised my choice and have taken early redundancy and here's why.

I do not believe that the culture of the organisation will change
enough for it to be a healthy place to work.
I had a job interview Friday week ago.
You know at the end of the end of the interview where you get to ask questions?
I've never been one to ask anything much past what's the start date and salary.
This time I asked "What do you enjoy about working for XYZ?"
In this case,
surprise was expressed at the question and the answers were really positive.

I was heartened that there were still people who loved their workplace.
I didn't get the job but
I learned that in my two and half years with my organisation
my confidence has been eroded,
my outlook on life has been degraded,
my positive attitude has been holding by it's only nails.
This is not me.

I don't want to be in a place that destroys you
and that's what my soon to be former workplace has done to me.
A bit like a violent relationship.

Since my redundancy as been approved for an end date of Dec 24th
my stress rash has cleared up.
Bingo!

Roll on my month of summer!

I used to be

curious.
I was demanding of ideas,
I was quick to comprehend,
I was voracious of discussion. 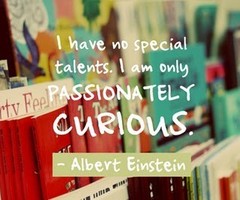 I loved new information and adjusted what I already knew to accommodate it.
I enjoyed having a flexible mind,
and a store of inter-related knowledge.
I drove my reading family nuts be only wanting to read non-fiction
(a great failing according to my mother).
There were few topics I wouldn't entertain,
but mostly I loved people topics.
What makes us tick?
Why do we do what we do?
How can I influence others behaviours towards whatever
and move them over here?
I loved the alchemy of figuring out people.
But where has that gone?
Is there an age limit on curiosity?
Did it really kill the cat?
Why don't I care anymore?
Have I been ground down by reading too much non-fiction and
my mother's predictions have come to fruition?
What the hell is going on???
Or is it that finally I have realised that there are problems too big,
too complex, too repetative that
it is easier to keep to my knitting?
Maybe it is a quiet life I need now?
But the flicker is there...... *sigh*
at 12:16 PM No comments:


If only it were all about me

Sara interrupted
Hamilton, New Zealand
I downsized my life a couple of years ago, moving from the urban north to the rural south and now Im back in the urban north. It turns out downsizing can get too small, so I got married and now life a steep learning curve. I'm still saying yes to as much as my schedule will allow. It gets a bit crazy sometimes but life is about the journey and I like it interesting. I work for OSPRI New Zealand working hard to eradicate Bovine Tb. I measure time in pages of books and visits with the people in my life. I love living in New Zealand - it's fresh!

You gotta love it, it's good!

I am interrupted by the changes and flavours of life. I don’t choose my oath and follow my instinct and see silver linings.
My mojo abandoned me for awhile but it’s slowly returning, and it’s feeling fine.
If there is a belief greater than love, then I don’t want any part of that belief.

Be kind, for everyone you meet is fighting a hard battle - Plato et al

"I am an average person with below-average capabilities. I have not the shadow of a doubt that any man or woman can achieve what I have if he or she would put forth the same effort and cultivate the same hope and faith." Ghandi. Slightly better than average results.

"The greatest danger for most of us is not that our aim is too high and we miss it, but that it is too low and we reach it." Michelangelo but translated cause although he was smart but he probably didn't speak modern English - like so many people these days.

"We have all experienced times when our focus is on what we lack rather than on our blessings. Said, the Greek philosopher Epictetus, ‘He is a wise man who does not grieve for the things which he has not, but rejoices for those which he has'." Pres. Thomas S. Monson

"I disapprove of what you say, but I will defend to the death your right to say it." Evelyn Beatrice Hall I will, I'll hate doing it but I will.

in the ether there a million Mormon sites...